This blasphemy comes out of the mouths of Canadians that spend 2.5 hrs per day on a cell phone. Such people are so morally decrepit that 1/3 of them are walking around having a Sexually Transmittable Disease causing a medical crisis from unholy coast to coast and tumbling us into ever deepening economic Chaos. And the persons under the leadership of Justin Trudeau just love to have it so. It suits their destructive designs for our Nation.

Kurt Phillips is the mastermind behind ARC Collective and works with, employs, and shares information with the members and supporters of the violent Antifa movement worldwide. ARC is the blog curated by Phillips that routinely posts defamatory content, during hours he is supposed to be teaching students – taxpayer funded time used to publish information that is fed to Antifa a highly visible terrorist group.

Use of the taxpayer’s money to fund our societal destruction through terrorist activity perpetuated through Educational and Health institutions in Canada is ‘Commons Placed’ under Trudeau. Take for example the pushing forward of the sickness of the Transgender Agenda as shown in the common example of Nova Scotia programs.

In Nova Scotia, both in and out of jail, the Services currently offered to transgender patients on the taxpayers’s dime are “gender affirming” surgeries including the removal of uteri, ovaries, testicles, penises and female breasts, as well as breast augmentation and the construction of fake penises and fake vaginas.

Spiritually sick, mentally ill people mutilate their bodies in such fashions and those that condone such activity are as confused as the recipients.

An article reports:  that the Québec government has officially decided to extend euthanasia to people with mental illness. People with mental health issues who aren’t responding to treatment for diseases plaguing them will now be able to ask for the procedures under assisted suicide.

In 2019 there were approximately 5000 euthanasia deaths in Canada and there have been 13,000 since legalization. Death by this format of suicide is going to dramatically increase.

Our psychiatrists and psychologists are some of the most twisted critters we pay to destroy their fellow man. They claim to be healers, attempting to prevent death and destruction but they are virtually useless and, in most cases, occupy the enemy camp.

I can easily scripturally point out reasons for this ungodly mess, but there are some very staggering ‘social truths’ surrounding the causes of suicide worldwide and the greatest victims of such intent. John Paul Watson will likely rattle your cages a bit with his look at The Truth About Suicide > lhttps://www.youtube.com/watch?v=Rw1dNtDEA00

Quite explosively stated fact is that the primal driving factor that drives suicide is the immoral degenerate descent into a state of spiritual bankruptcy. And this all emitted from the mouth of a man that did not bring God into the equation.

It is the psychiatric conditions and thought patterns of one and all that appear as prevalent factors in the suicide blight. Yet we find Quebec will officially extend euthanasia to include psychiatric conditions alone as sufficient cause to demand assisted death. Last fall, the Quebec Superior Court struck down portions of federal and provincial laws that said only people who are facing “foreseeable death” can receive a doctor’s help to die. This opened the floodgates for the Trudeau crew to hold closed-door meetings with medical practitioners, legal groups, advocates for seniors and the disabled, patients and family members that supported the Trudeau ‘death wish’ for our traditional Western ways of life.

And now the Liberal liars club expects us to believe the latest batch of propaganda being promulgated out of their Justice Minister David Lametti. > https://www.cbc.ca/radio/thehouse/canadians-want-expanded-access-to-medical-assistance-in-dying-says-lametti-1.5446731

According to Trudeau’s new Justice Minister David Lametti Canadians are demanding more right to death. “There does seem to be a clear tendency that Canadians are largely in agreement that we ought to expand the possibility for medical assistance in dying beyond the end-of-life scenario,” Lametti said.

This is a manipulative outright garbage can lie from the lips of Liar Lametti.  Take a look deep into the eyes of this obviously politically deranged creep.

Assisted suicide? The Trudeau government has altered the legal requirements involved and destroyed all moral dictates of cherished values such as fairness and parity that will hinder the taking of the lives of the innocent for a ‘political reason’. It is thus the killer creeps have come creeping in.

No longer having a requirement for a patient’s death to be “reasonably foreseeable” means there is no longer need for a perceivable “terminal illness” as requirement in the euthanasia law permitting assisted suicide. Simple physical or psychological suffering is enough for perceivable ‘head cases’ to demand the end of their own lives or bring about the deaths of innocent others they have influence or control over.

The fact is a psychiatrist should not prescribe or administer any intervention to a non-terminally ill person for the purpose of causing death.

Assisted suicide should not have been legalized in Canada as it was initially and it must be halted now. Canada’s euthanasia law has been designed not to be controlled by any sense of morally sanity or true justice.

The entire approval procedure is designed to protect cash grabbing physicians from any prospect of being legally prosecuted for whatever actions they take in assisting the death of others. This mess uses a self-reporting system, whereby a spiritually bankrupt physician who approves the death, can be the physician who carries out the death, and then can be the same physician who reports the death.

This system offers no effective oversight of the law and no true prospect for control that will protect the mentally ill, crippled, mentally deficient, economic sub-classes or elderly in our society. Take another look into the eyes of the Liar Lametti and decide if you trust such an ‘agent of Hell’ with your life or those that you cherish.

We must stop Trudeau and change this now or face the consequences of a God who demands the sanctity of life. We must stuff Trudeau and crew along with their genies of evil back in the bottles of hell from which they have been unleashed. 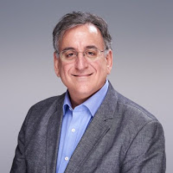 Canada is far advanced over the United States in unleashing the evil of assisted suicide.

Dr Mark Komrad, MD is a practicing psychiatrist at Johns Hopkins University, and spoke to their Anscombe Bioethics Centre about why psychiatrists should oppose euthanasia.

The presentation is extremely well done and I am thankful that there are some voices of reason like his out there. But I believe that ultimately there is absolutely no ‘long term good’ to be found in psychology.

In particular, the practice of Christian Psychology does not lead to ultimate solutions, but in the long term exacerbates the problems faced.  It maximizes its impact through distracting from the only ultimate solution there is as offered through Jesus Christ.

The father of the entire mess of ‘psychology-psychiatry’ was Sigmund Freud and he was plain and simply a sexual pervert. You can define what espoused and birthed through him as little more than a ‘mental exclusionary philosophy called a science through perversion’. And mankind has been warned by God not to be ravaged by such mental aberrations: “Beware lest any man spoil you through philosophy and vain deceit, after the tradition of men, after the rudiments of the world, and not after Christ.”  (Colossians 2:8)

God has spoken that when we think as such ‘philosophical’ persons do we in no manner think as He does: “For my thoughts are not your thoughts, neither are your ways my ways, saith the LORD. For as the heavens are higher than the earth, so are my ways higher than your ways, and my thoughts than your thoughts.”  (Isaiah 55:8-9) These means we have had our mental capabilities corrupted by the carnal methods of man and attempts of Satan to eternally destroy us. So why would a sane person willing pursue the methods of forces that seek their destruction when they have been informed of the truth of God? At the slightest glimmer of comprehension of the Truth they should immediately flee to Christ for escape from the chains that are mentally and spiritually binding them. With the slightest whisper of the genuine presence of God know that He is the eternal and Omnipotent presence in your Universe.

“Seek ye the LORD while he may be found, call ye upon him while he is near:  Let the wicked forsake his way, and the unrighteous man his thoughts: and let him return unto the LORD, and he will have mercy upon him; and to our God, for he will abundantly pardon.”  (Isaiah 55:6-7)

Yes, Jesus Christ can totally free you from whatever bondage of sin you are under. Whether you are seeking your own life termination or advancing the termination for that of others it is all the same. He is available to free you from such Hell and lead you to the fullness of peace that such absolute forgiveness brings you. It has taken place in my life and it can take place in yours. My eternal existence is in no manner of any more importance to Him than is yours. But it is you that has to decide to accept Jesus Christ, no one can do it for you.

Our ancient scripture speaks of Jesus as ‘a rod out of the stem of Jesse’:

“And there shall come forth a rod out of the stem of Jesse, and a Branch shall grow out of his roots:  And the spirit of the LORD shall rest upon him, the spirit of wisdom and understanding, the spirit of counsel and might, the spirit of knowledge and of the fear of the LORD;  And shall make him of quick understanding in the fear of the LORD: and he shall not judge after the sight of his eyes, neither reprove after the hearing of his ears:  But with righteousness shall he judge the poor, and reprove with equity for the meek of the earth: and he shall smite the earth with the rod of his mouth, and with the breath of his lips shall he slay the wicked.”  (Isaiah 11:1-4)

It simply is not advisable to remain in the territory of the wicked and vibrate your way to eternal damnation and torment. There is no need for you to walk hand-in-hand with Justin Trudeau into the bowels of Hell.